We have a team with engineers,
entrepeneurs and post harvest
specialists. High educated people
continuously working on product
development and innovation 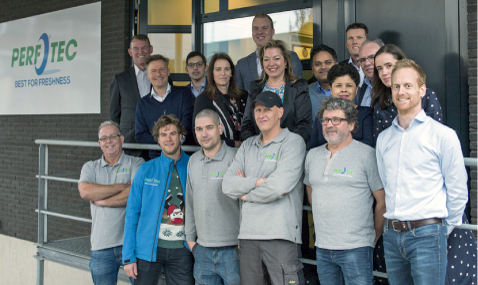 Bas Groeneweg started PerfoTec in 2004. In his former job he experiences what fine tuned packinging could do on Brussels Sprouts. He saw that smaller holes were better for the product because they reduces decay. He also discovered that it was possible to microperforate in line on packaging machines of fresh produce. In cooperation with Mundi Laser Technology he designed in 3 years time a laser that fits on almost every packaging machine.

The PerfoTec Laser Perforation System is the only laser in the world that has a patented closed-loop-feedback-camera-system. The experts of PerfoTec have a lot of experience with the different respiration rates of fresh produce. We developed in 2007 a Fast Respiration Meter (in cooperartion with TOP BV). In 2019 we introduced our new model; the Fast Respiration Meter 4.0. An innovative and patented Meter developed and designed to measure the respiration rate of fresh produce within just four hours.

The PerfoTecO2Control is the ultimate gas flush system, with a patented tube in tube construction. This system was nominated for the Fruit logista Innovation Award 2019. Along with our machines we have developed smart software and smart packaging solutions. In conjunction with packaging machinery specialists and regional distributors we aim to become the primary technology partner to retailers and their suppliers for extending the freshness of fresh produce. Since the foundation of PerfoTec we helped a lot of companies to maintain the best quality for their produce for the longest amount of time.